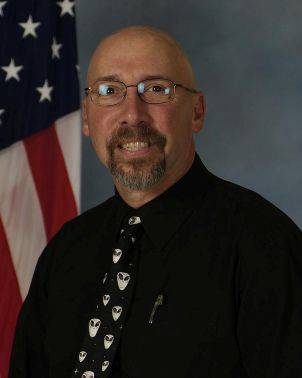 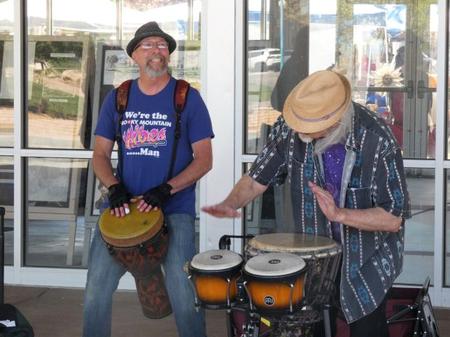 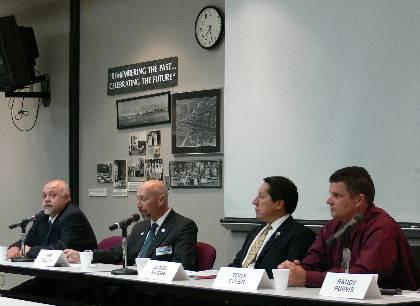 I completed a 36 year career with the United States Government; a 4 year tour in the Air Force and 32 years as an Army (GS) and Air Force (GS) Civilian. During this time I supported the following areas of government service:

Some Articles about me

LINK : Article about Space Fence and Me

LINK : Article about my SpaceBee tracking

LINK : Another SpaceBee and me article

Additional information concerning a number of my other (outside of work) activities :

You may have seen me on the Discovery Channel (America's Most Secret Structures), or the Military Channel (America's Most Secret Structures), or on A&E (Dog The Bounty Hunter, Colorado Springs episode), or on A&E, BIO, or Lifetime (My Ghost Story, season 2 and 3 stories, Tale of a Crypt, Linda's Lights), or on Colorado Springs TV News stations about a variety of subjects I was a part of ... or maybe on the cover of Feb 2013 Popular Communications Magazine... or in the Pueblo Chieftain... or in the Colorado Springs Gazette... or in a number of books written by a variety of authors about UFO or the Paranormal. (Books - I'm mentioned in the following books - Ghosts of Colorado Springs and Pikes Peak, By Stephanie Waters, Colorado Legends & Lore, By Stephanie Waters, Forgotten Tales of Colorado, By Stephanie Waters, Speaking to the Dead with Radios, By Michael Hobert Edwards, & others.)

You may have also seen my comic strip, The Adventures of Scanner Dweeb , which was published in Popular Communications Magazine each month for six years, from 2000 to 2006. Or you may have seen some of my past videos or heard my radio shows and podcasts concerning my UFO and Paranormal investigations, or My Space Gab Podcast which was featured in the opening scenes of the COSMOS Movie 2019.
Or you may have participated in one or more of the numerous drum circles I played my djembe at.

Also, for 8 years (2001-2008) I ran a news blog NewsBlab.com  that received a 'BEST OF' Award given by the Colorado Springs Gazette. Some of my stories were, at one time or another, also reported on ABC, CBS, NBC, FOX, and CNN; as well as on other news websites and in print publications, including the Colorado Springs Gazette. A number of my news photos and videos were used in a variety of publications and TV news shows.

I also ran for Colorado Springs Mayor in 2007. Here is an archived web page from then :  Mayoral web page