The Adventures of Scanner Dweeb by M.A. Coletta​ 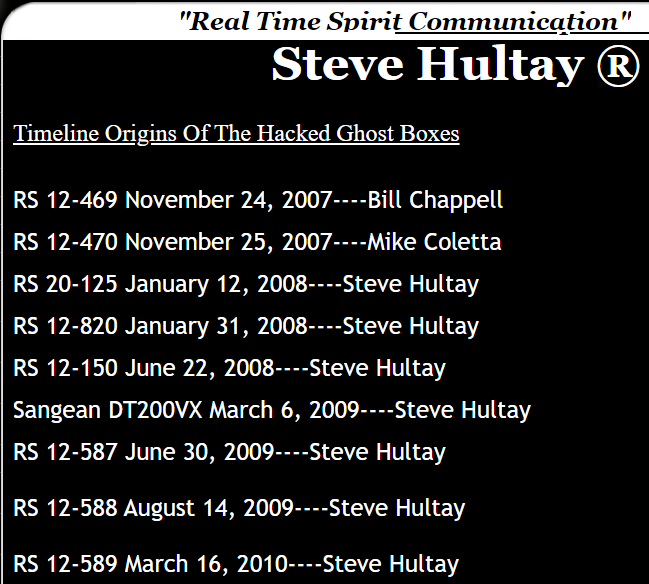 You can view Popular Communications magazine in pdf format HERE to see the Scanner Dweeb comics. Or view the comics where I archived them (HERE). 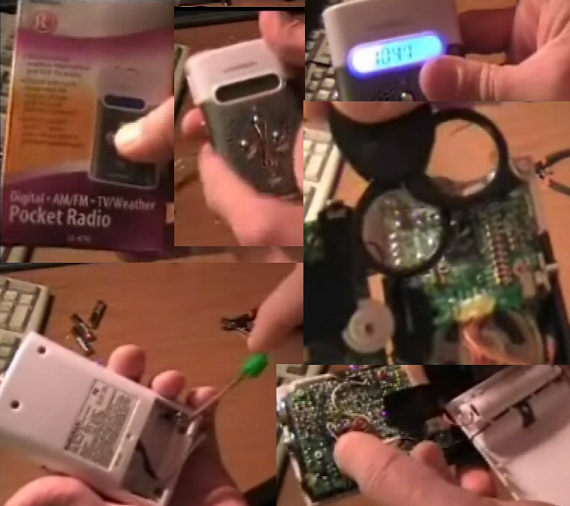 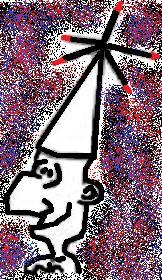 In November 2007 I, Mike Coletta - UFO Geek, devised a hack for a Radio Shack model 12-470 radio (Shack Hack), making it a Ghost Box. There may be others in the Ghost Box world who make this claim too, BUT... all publications, message boards, books, websites, podcasts, radio shows, videos, etc., confirm it was my 12-470 hack that was the first completed with success, displayed for others to build, and shared throughout the world. Even Frank Sumption, originator of the original Ghost Box, referred to my old website for the 12-470 hack (graphic below).​

Sharing my information was a way for everyone to have such a paranormal investigation tool of this kind. Before this (12-469 & 12-470) only the Frank's Box and similar were available, for very few to use. Now, this opened the door for a worldwide effort for people to investigate the paranormal on their own, using the Shack Hack radios.

- *** I then produced the very first videos on Youtube (UFO Geek) showing the DIY hacks of both the 12-469 & 12-470 (Shack Hacks). These videos went viral, and thousands of Hack Shacks were made by people all around the world. Radio Shack soon began to run out of these radios, as people bought them to make these paranormal devices.

NOTE 1: By doing this I enabled thousands, maybe tens of thousands to get deeper into the paranormal.

NOTE 3: After the 12-469 & 12-470 Shack Hack, others found different ways to modify other off the shelf model radios to perform like a Shack Hack.

Steve Hultay of Keyport Paranormal talks about the origin of the Shack Hacks. At (21:50 of the mp3 file) Steve confirms that I was the researcher who created the 12-470 Shack Hack. Thank you Steve! Here is a LINK to that podcast by Steve Hultay.  >>> Audio Link <<< 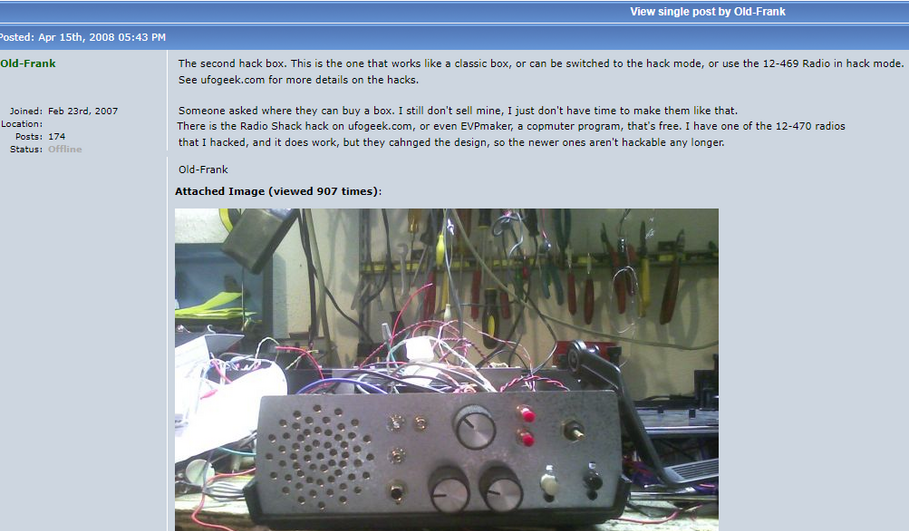 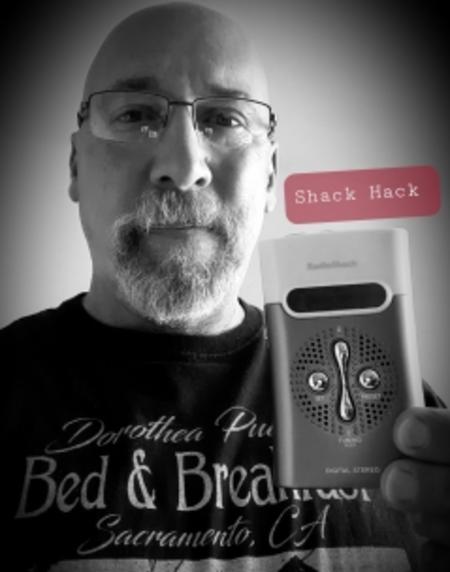 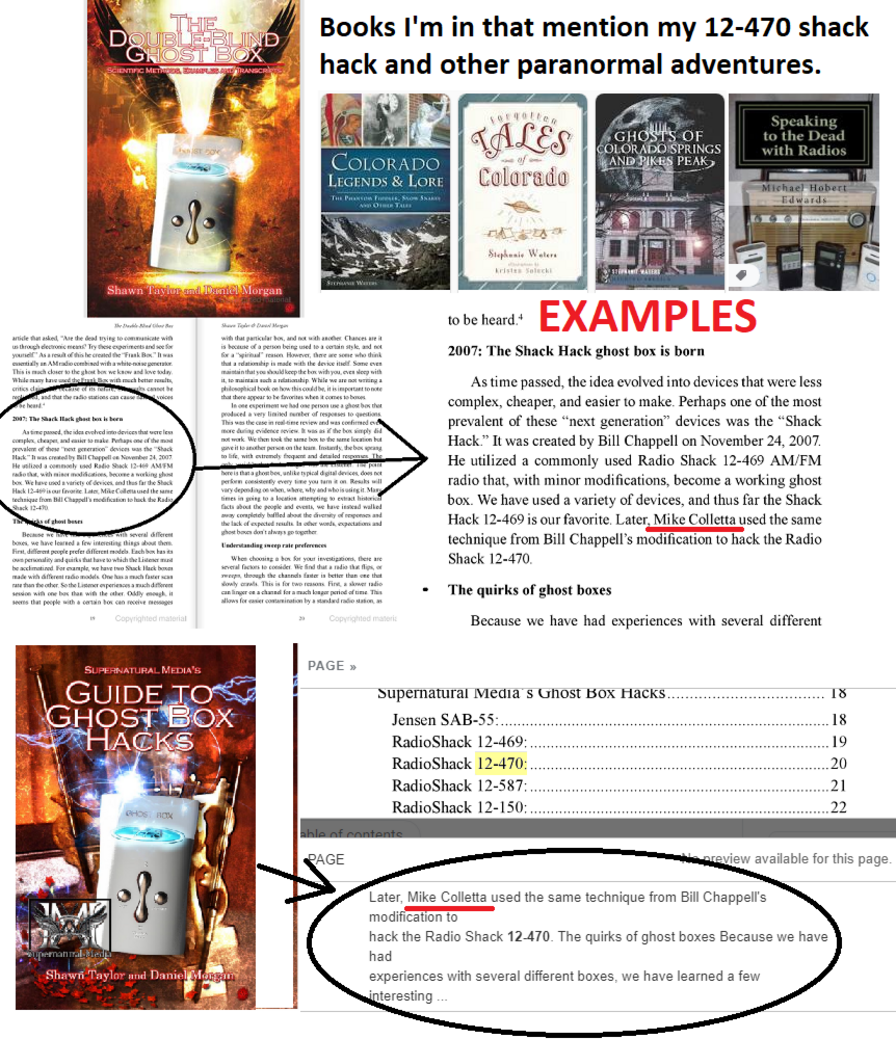 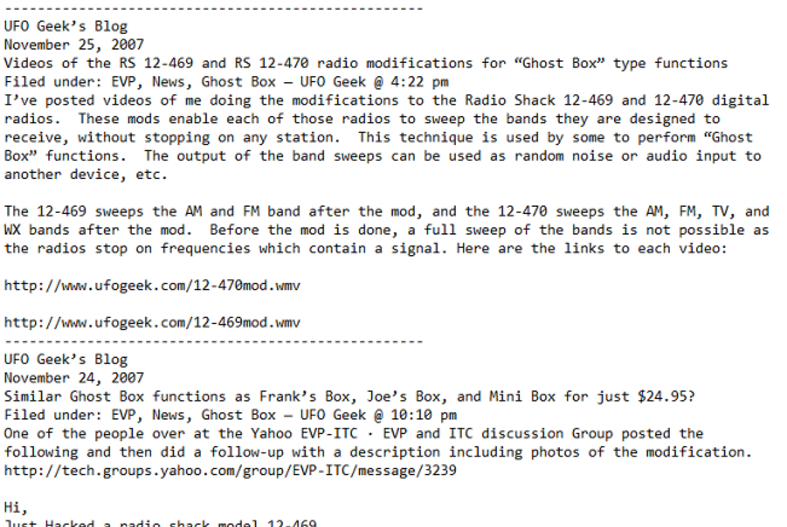